Trip to the Zoo

Hi everyone! Hope you all had a good Feliz Pascoa! Jaelah and Luke are going to write about what we did. Did you get our newsletter yet? Okay, well now I will get to the subject!

On Good Friday we got invited to go to the zoo with our church friends. We were supposed to be there at 10 am, but we got there a little after that. That didn’t matter, they hadn’t left yet and nobody showed up till 30 minutes or so after we were supposed to leave 🙂 If we had not had our car and wanted to go we couldn’t have gone! They had way more people than cars, I think there was 5 cars. Don’t know if any of you have heard of Jaelah and I’s friends, Rafaella and Isabella. Isabella rode with us on the way there, Rafaella on the way back. I will put some pictures of all of us! It was like a 30-45 min. drive, but we had company to try to talk to in Portuguese! On the way back I tried to tell Rafaella about Secret Church, done by David Platt, but didn’t get that far! My mom had to do that and even she stumbled! Okay, you all probably want to know what animals we saw and are tired of the other stuff, I don’t blame you my blog posts can get very long! I am not exactly sure how I am going to do this but I think I might just put some pictures on and the explain at the bottom. 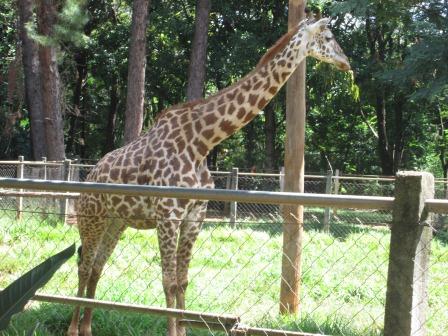 above: giraffe, there was only one 🙁 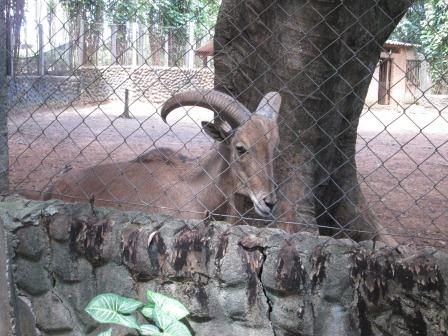 above: big horned sheep, there were 4 maybe 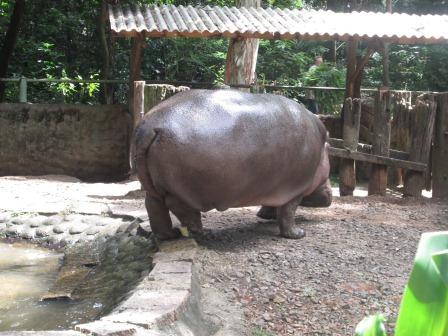 above: hippo, I was lucky to get this picture, because it

was feeding time. There were also two more 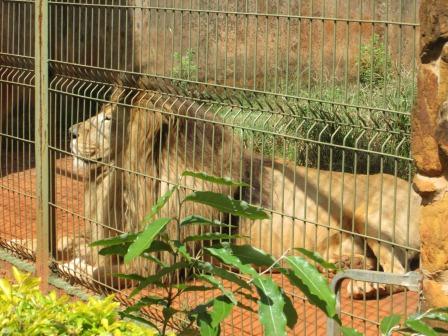 above: lion, it just sat there in the afternoon heat 🙂 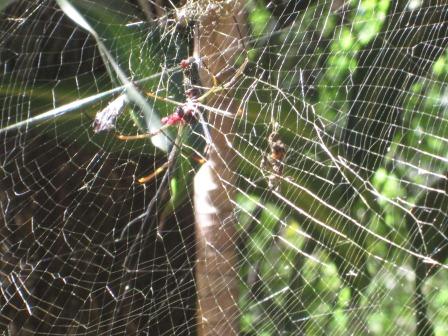 above: spider, they had a lot of them and they weren’t 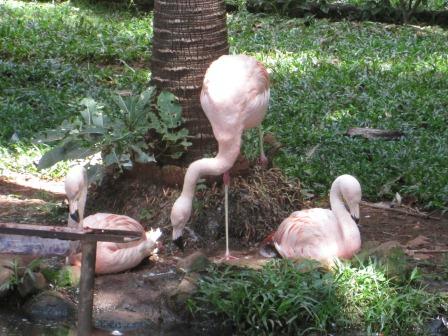 above: flamingos, nothing to really say about them 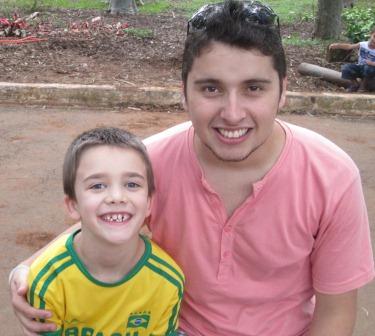 above: Luke and his friend Diego, Luke loves him! 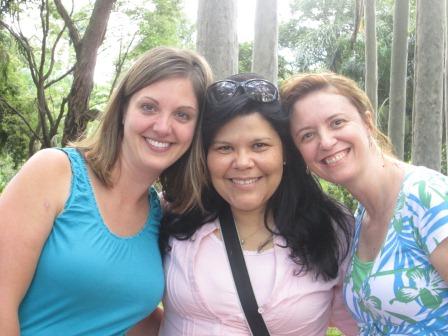 above: left to right, Janelle, the pastor’s wife, and 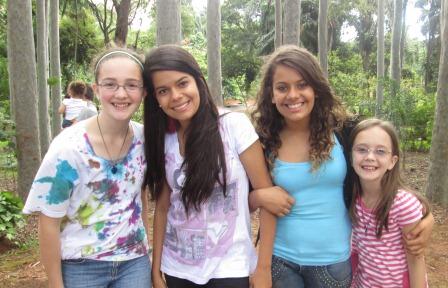 above: left to right, Mariah, Isabella, Rafaella, and 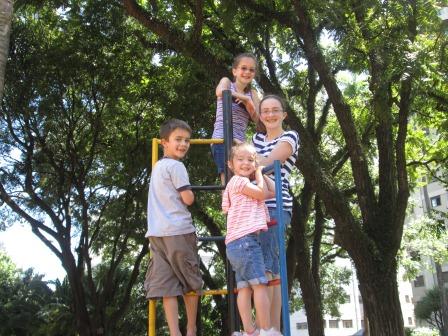 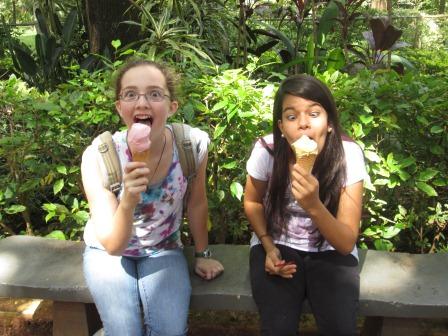 above: me and Isabella eating ice cream. there was

a nice picture but I wanted a silly one!

K, that is all the good pictures I took, we also saw monkeys, I think that was the only other picture I didn’t put on. They had a lot more animals but I didn’t take pictures of every one. Then when we where waiting for the other groups the Pastor treated everyone to ice cream. I got strawberry and Isabella got maracuja. Jaelah and Luke got chocolate. Look for Jaelah and Luke’s post on what we did on the rest of the weekend!