this cross we’ve been given (by Jaelah) 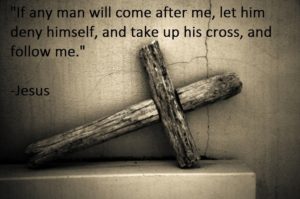 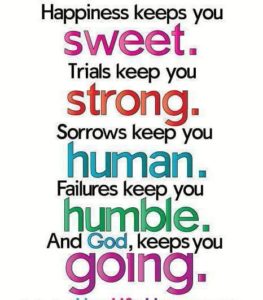 this cross we’ve been given.

it is different than yours. it is difficult. meeting new people & then having to move on, because God is calling us somewhere else.

we recently learned from mom & dad that there is a region to the southwest/west of us where there are not many churches and so they need someone to go and plant more. and they need airplanes really bad too. so dad got the call.

We are planning to visit in January, so then we will know better if that is where we are supposed to go. we probably won’t move till next year or even the year after maybe, if we do at all.

it was difficult, as i said up there. our wonderful friends that have mostly all become like family. and they are family in the spiritual sense. 🙂 and Santarém, we are finally here. our destination all along, and we’re (finally) here, after a year in Michigan, MTI (mission training international in Colorado for 3 weeks), then we ended up staying in the States longer because of visa problems, Campinas for 11 months for language school, and finally here. it probably seems like little, especially if you’re a missionary reading this who had a much longer process to get where you (hopefully) are now. but to our family, it was hard. hard to leave all those people, some (MTI) who we weren’t sure if we would ever see again.

so, i kind of side-tracked from my title, but i wanted to just say why i put that. the night they told us i thought of it. because almost from the moment dad stood up and pointed at the map, i got teary-eyed (i’m very sentimental) and knew that he was going to say there was a possibility of us moving (again)…

but, this is the cross we’ve been given, so we must carry it faithfully until the end, until we receive our heavenly prize from God in heaven.

and the thing is guys, is that, God did not give it to us & leave, then expect us to carry it on our own till we got our prize. He didn’t say we had to do it on our own & if we asked for help from Him or someone else He would take away part of our prize.

no, He gave it to us, but stays faithfully by our side, whether we know it or not. and we have seen that from Him. my mom says that He gave us wonderful friends in Campinas at church & some at us kids’ school. she was worried about that, but He provided and proved faithful. and now in  Santarém, He has provided many, many, many more.

so carry your cross, whatever it is, a mom or dad, a lawyer, a secretary, a nanny, a sibling, a student, a waitress, a cook…whatever it is. and when you stumble or fall, CALL OUT to Him, because He will be there to catch you.

i think most people struggle (sorry if you’re not one of these! maybe give us some advice on how to have more faith….:)) with calling out to God & not feeling Him, thinking He up & abandoned them. i have. people say, ”God where are you?! you said you would never abandon us. never leave us. but i don’t feel you. i don’t feel  your arms around me, helping me.”

and maybe you were thinking that i had a solution to this…but i’m lost too. i’m a sinner too. but i do know that God is there, and somehow we have to have faith & not forget that. i do have a poem that i found in a coloring book the other day. it touched me. it was wow, eye-opening.

one night i had a dream.

i was walking along the beach with the LORD

i noticed two sets of FOOTPRINTS in the sand.

one was mine, and one was the LORD’s

to my surprise, i noticed that many times along the path of my life,

there was only one set of FOOTPRINTS

‘my precious child, where you see only one set of

FOOTPRINTS, it was then that i carried you.’

wow. it may not have touched you the way it did me, but God is there, and here is a confirmation of His love for us. that He carries us, thru trials, tribulations & hard times. there is a verse in the Bible that says, ‘blessed is the man who perseveres under trial, because when he has stood the test, he will receive the crown of life that God has promised to those who love Him.’ (James 1:12 if you want it for yourself :))

so you see, there is no verse after that that says, ”and when you are going under trial, you must persevere all on your own, or you will only receive a sack of 1,000 gold coins instead of a crown of life.” nope, not there, and i’m pretty sure not anywhere else in the Bible either. because God is not like that guys. so if you just lost a loved one, or are going thru trial and you may not know it, a hard time in your life, God is there. and please DO NOT BLAME HIM for this. people blame God most of the time when they lose someone they love, but guys, you shouldn’t. and i know, it’s easy to say that because i’m not going thru that. but i did. i lost my grandma Jane (Steidinger) when we were in Campinas during language school. it probably lessened the blow that we were in another country so we didn’t realize it as much, but we still hurt from time to  time.  and my grandpa. wow, guys, i admire him. he came out with many scars, i’m sure. but he did not turn from God. he might have blamed Him at some point, but i don’t think he does in the long run.

lots & lots of people blame God. for lots of different things. but i have seen a lot of someone very very dear to them dies, and they blame God & turn their back on Him. like i said, we were young(er) & in another country, but my parents could have turned on God. said, ‘we’re done. we’re going back to the states,back to our old lives, & God, don’t think about calling us back here or anywhere else, cause we’re not going.” in fact, my dad has 7 siblings. they all could have turned on God. but none of them did. they are still following Christ, living for Him, doing His will, teaching their kids about Him, serving Him, etc. and here we are, still strong, might even be going somewhere else to help advance His Kingdom.

Job,  guys, read his story when you’re going thru something like that! it is a good reference. 😉

it is a joy to serve Him. there are trials, and hard times. but EVERYONE has those. because everyone on this earth is human so, technically, no one ”escapes”. maybe some people have heavier crosses than others. maybe some people live in a dirt shack made of falling apart junk & others live in a 2.2 billion mansion. maybe some are starving & have 1/2 meal a day, while others have 3 full ones, all 4-course made by the finest cooks. yeah, talk about differences.

but the ones in the shacks are no less than the ones in the billion-dollar mansion, guys. we NEED to see that. they aren’t less by any means in God’s eyes & really, shouldn’t be in our eyes either. sometimes we look at people that have better ‘conditions’ with more respect. and that’s fine. but when you see people living in shacks or a homeless person on the street, have the same amount of respect. help them out. let them know God loves them, and because He loves them, well then, that means you love them too!!

everyone could probably use some more lovin’ in this world, so how about we start givin’ some more?

sorry that i went off on like 3 different points (i didn’t count), i hope you guys followed.

if you have any questions feel free to comment below 🙂 would love to hear from you.

God bless thanks for reading come back always!