The first half of September

It has been nearly a month already since we arrived in the United States, and SO MUCH has happened!  So I decided to break it down into parts instead of one really really long blog post–this one will be long enough as it is 😉 Leaving Santarém… It’s 2AM and Luke doesn’t realize he has to travel for only 36 more hours: 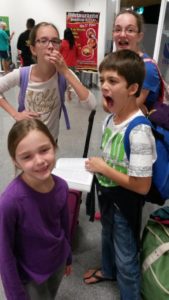 But the girls are happy to finally be on board! 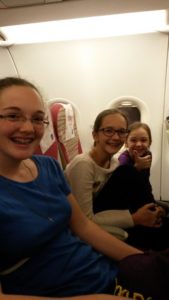 We landed in Chicago on Sept. 2nd and the wheels haven’t stopped rolling for long since then.  After a couple days to unpack and sleep, we headed to Shallowbrook Farm in Bradford, IL to spend Labor Day weekend with Matt’s family.  A good time was had by all–swimming, football, basketball, tennis, family Jeopardy, talent show, Grandpa Dennis sharing his experiences in Vietnam, even speed euchre and speed volleyball (because Steidingers do everything fast!!).  And lots of eating of course…I had carried in some of  Sierra’s leftover birthday cake and set it on the counter in the kitchen, thinking I would move it later, but by the time I got around to it, it was gone.  Apparently one of our kids had tried to reprimand the people eating it and one of her uncles asked “Have you ever been to one of these family things?  If you leave food out, it’s fair game!” 🙂 🙂

Even took some family pictures– 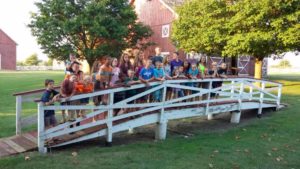 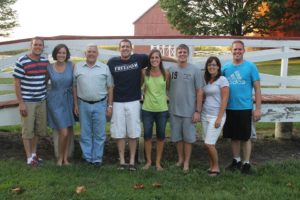 Then back to “home base” at Matt’s dad’s house in Fairbury for a couple days before heading to Nashville to see Jen (my youngest sister) & Aaron’s family.  They moved down just shortly after we left for Brazil, so this was our first opportunity to see where they’re living/working, AND our first opportunity to meet their youngest, our adorable niece/cousin who just turned a year old! 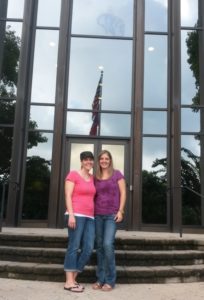 Yummy *free* latte in the cute coffeeshop in the lobby 🙂 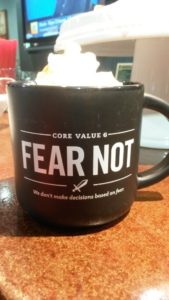 Unfortunately Dave Ramsey was out of town that day, but we did get our picture taken in front of the wall signed by families who’ve done the Debt Free Scream. 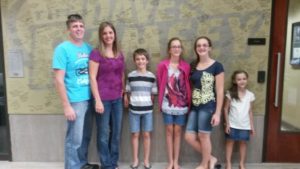 We ate at some fun places–the ribs here were really good. 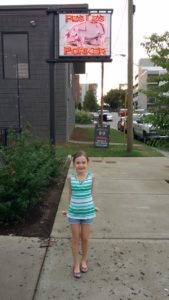 We were blessed to be able to share some of our experiences over the past 3 years in Brazil with our Bloomington Apostolic Christian church family on a Sunday evening.

And then harvest started! The kids, Luke especially, have loved being in the combine, or the grain cart, or the semi out at my parents’. 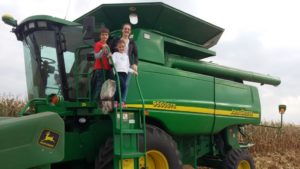 I started out with good intentions to take pictures with every family we had supper with or stayed with….so far that has been a big fail on my part.  My picture taking has been very spotty. PTL the airplanes haven’t stopped flying just because Matt is in the states. Here is the floatplane docked at a church: 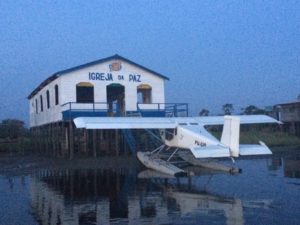 Stay tuned for the second half of the month…

And just because we have this picture!: 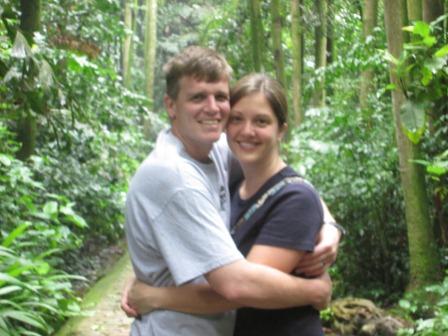