One of the goals of every foreign mission organization should be to, eventually, reach and teach them so that they in turn go and reach their people. Glory to God, this is happening here in Brazil (at least around Santarém). Barros is a Brazilian businessman who owns a very successful sandwich shop. Before I even knew him, I knew his restaurant was where you could get a huge burger (hamburger, sausage, ham, bacon, lettuce, eggs, cheese, onion, and bananas—too high to fit in your mouth) for about $4.

He is a missionary in that, between running his restaurant, he is working on taking the Gospel to the river communities. One day he went to rescue a broken down boat and while bringing it back to the city, he ran into a storm. He had no water, and not even a cracker on the boat with him. He turned around to return to a small river that he had passed so he could get shelter from the driving wind and rain. While pulling into the small river, he met a lady coming out. He asked for some food and water and she took him back to the village. According to him, this village was not known to ProjectAmaZon. I found out later, that many years ago PAZ had entered the community and started a work. Some of the community responded to the Lord, but the rest of the community shunned them so badly, that the Christians all ended up moving to Santarém! As far as I know, no one from PAZ (or any other evangelical church) had begun a work there since. However the day Barros ‘found’ this community, God placed a calling on him to take the Gospel there. 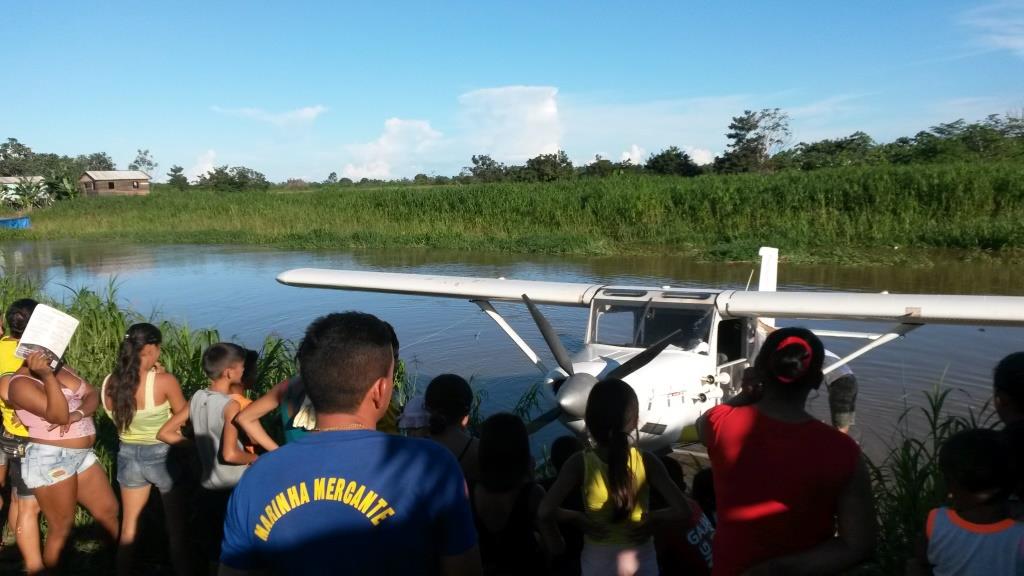 Ever since, every Thursday, he has taken a speedboat and spent the afternoon there building relationships. With the speedboat it is a 3-4 hour trip, one way, and he often arrives back in the city at 10 or 11 at night. Out on the Amazon River in the pitch black with a small speedboat is not the safest place to be!

A couple weeks ago, he was given permission to have me take him out to the community. Given permission because it is a little more expensive with the airplane and all funds have to be approved by the local church. Pastor Nilton (the Mission’s Pastor) called me to see how much it was to take the airplane. Barros spends about R$90 in fuel for his boat trip, and the airplane is about R$200 per hour–it’s about an hour flight. Pastor Nilton said, “Well, we can come up with about R$150 but not R$200.” I said, for R$50 (16 US dollars) we are not going to make him take the speedboat. I’ll figure out how to get the $16!

The week before we went, Barros was very excited. However, as the day approached to go by airplane, I could tell he was getting a little nervous. He called me a couple days before just to see if everything was still on. The night before, he called again to verify the time we were leaving (we had already talked about it 3 times). Then the morning we were going to leave, he called just to make sure everything was still set. We left at 10 AM, and arrived about 10: 30. We visited a few houses. Prayed for a young boy that was sick and then a girl that had a bad fever. She was so sick, I was thinking about taking her back to the hospital in Santarém with the plane (we prayed instead….). By that afternoon she was up walking around–even got my phone and figured out how to take selfies. I told her she just got better cuz she was scared to ride in the airplane! 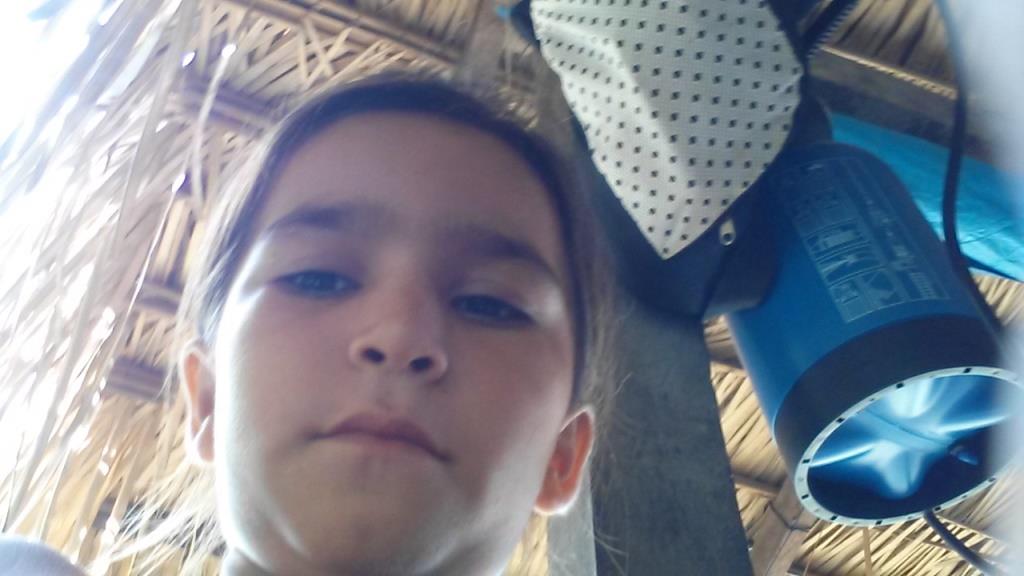 We were invited to the school because they had just finished adding on two classrooms and were anxious to show them off. They asked Barros to say a few words and then I was privileged to pray and bless the new classrooms. Later we had a small service at someone’s house with juice and some sweets. About 50 people showed up and Barros was able to share about God’s love. 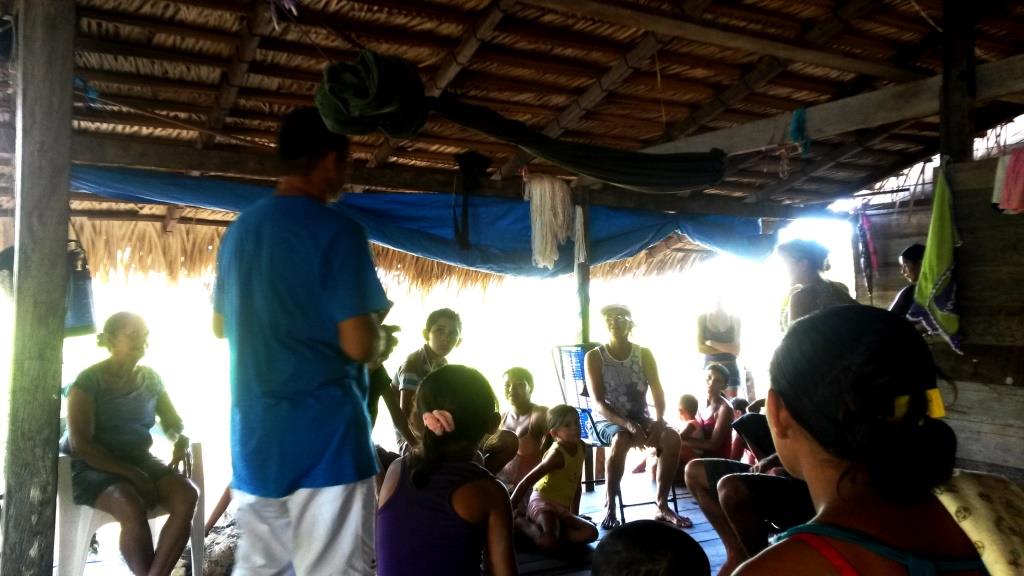 Barros told this community that he has been praying for them daily for 2 months- -you can really sense his calling to serve this community. Tomorrow I plan to take him back again in the airplane. We are going to take his daughter along also to begin training the new generation of native missionaries! Prayers appreciated as I make these flights and get opportunities to give my testimony and share Jesus’s love around Brazil.

Barros with the airplane (he was much less nervous when we returned. I told everyone…”now he’s a BELIEVER!”) 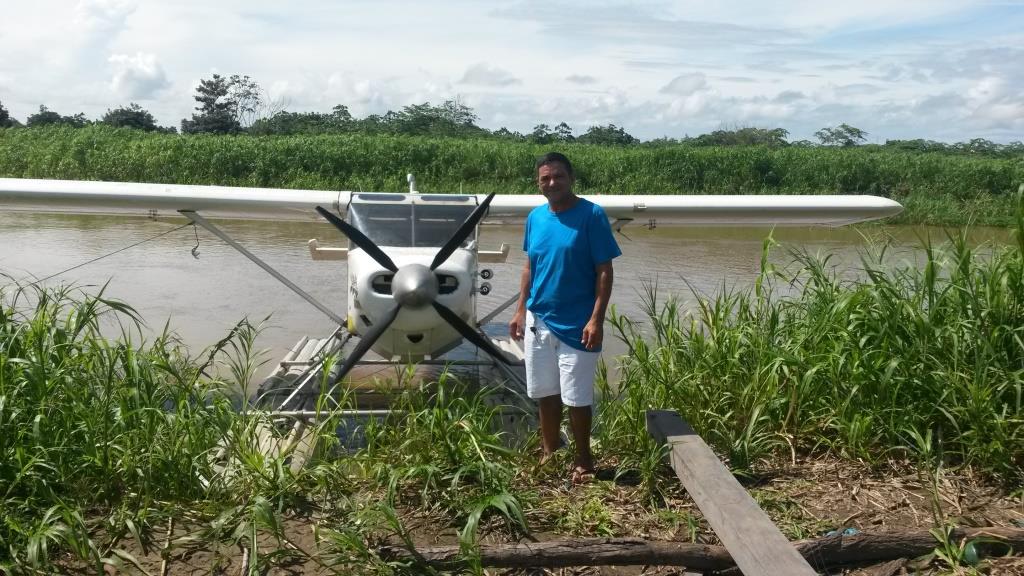