It has been a great blessing to have the RV6 (wheels plane) here. We were excited to have it donated, and we were confident we could use it, but since this is a new experience we were not sure what it would look like.

I have an experienced pilot friend, João, who has helped me alot so far and so I asked him to go with me a few times and check out a few landing strips before I took the pastors. On the first trip, we arrived at the strip….I looked down and saw a horse, 3 people walking and car turning off the ‘runway’ and a motorcylce driving down the center. Airplanes don’t have horns so you do a low pass, then a really low pass and then land. He said you can’t do too many ‘fake’ passes or they don’t think you are going to land and don’t get off the runway. Basically it was like landing on a street.

The next week I took Joaquim to a couple construction sites. We were on the way back (we were able to return the same day) and I quickly calculated how long he would have spent if he would have went by boat. I said, “Wow, we just saved you 3 days…he said, “no, probably 5 days plus lodging and food and being away from the other projects.” What a joy to be involved.

Almeriem- first stop with Joaquim. Dirt strip on top of a plateau: 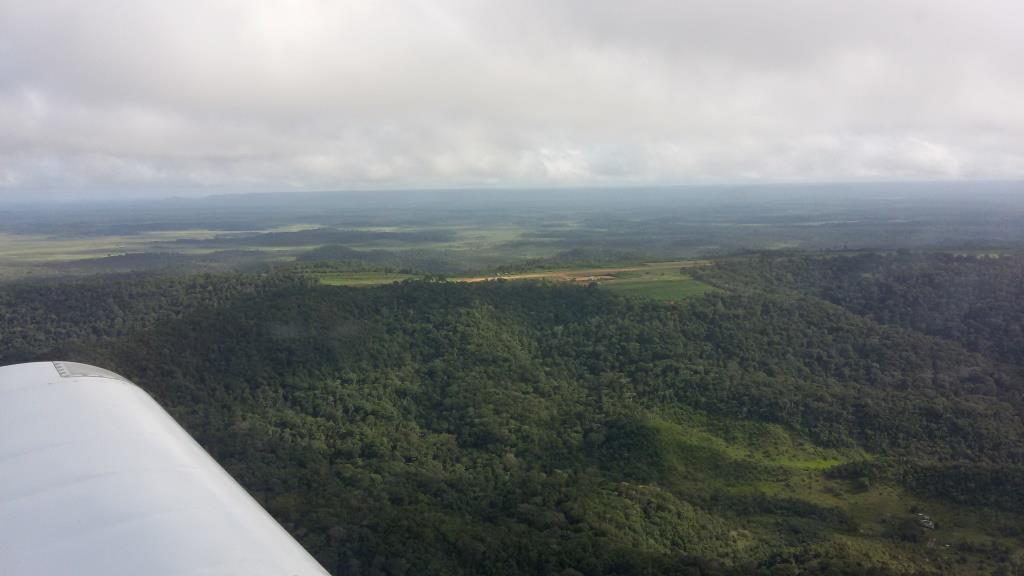 Flying this plane is much different than the floatplane. In the floatplane, you push it into the water, takeoff, and then when you arrive, circle around till you figure out where you can land and then park. With the land plane, I’m back to looking at airstrips, and checking on any news about the runways, etc. Sure enough, I’m checking the NOTAMS and it shows that at our 2nd stop the runway is closed. They haven’t built a fence around the strip yet and people are walking across it so the government determined it not safe and “closed” it. We got to the first stop and they asked if we were going on after our meeting. “no, the airport is closed”, “What! I don’t believe it. Let me call the pastor. He’ll go out and talk to them”. Sure enough a little while later he calls back, “Yea, it’s closed, but you can still land, no problem.” Are you sure??? “Yes, the guy said there are planes landing all the time”. Ok. Off we go.

Joaquim with the pastor in Porto de Moz. 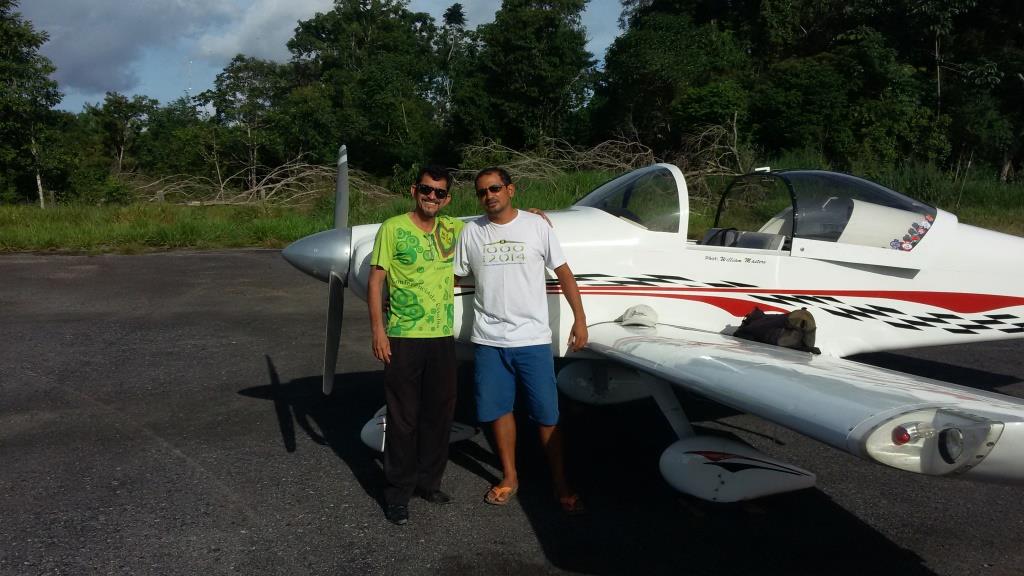 Friday the plane needed a bath so I took my disciple, Allen to help me. That would be the 3rd time he’s ridden in a car. So I also took him for an airplane ride. He said no one believed him. This weekend he is going to an “Encounter with God weekend” It is 2 days of intense prayer and teaching. He is 16 years old and has a hunger for the Word. His older sister was pregnant at 13 years old, but with God’s help, he seems determined to lead a different life. 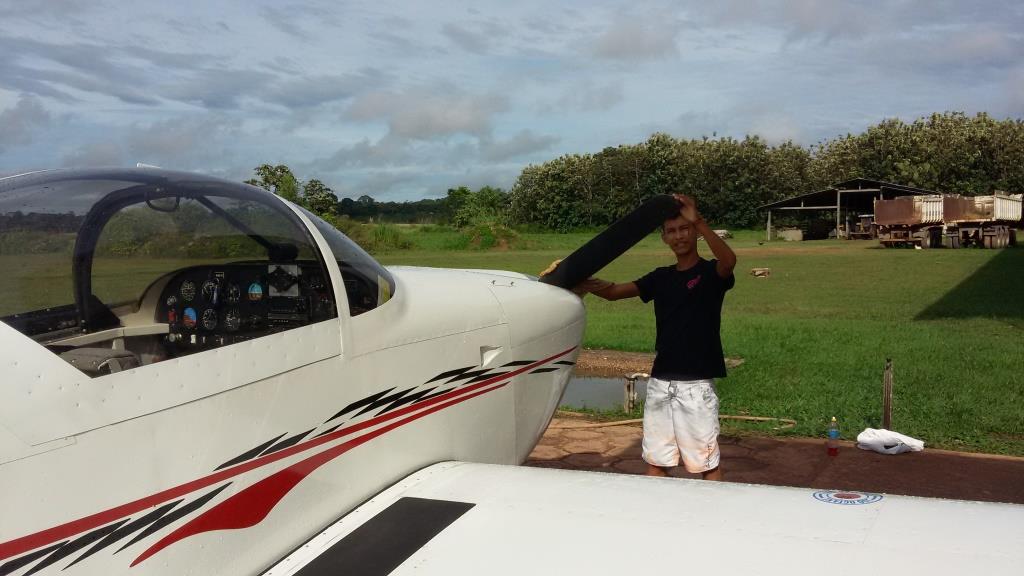 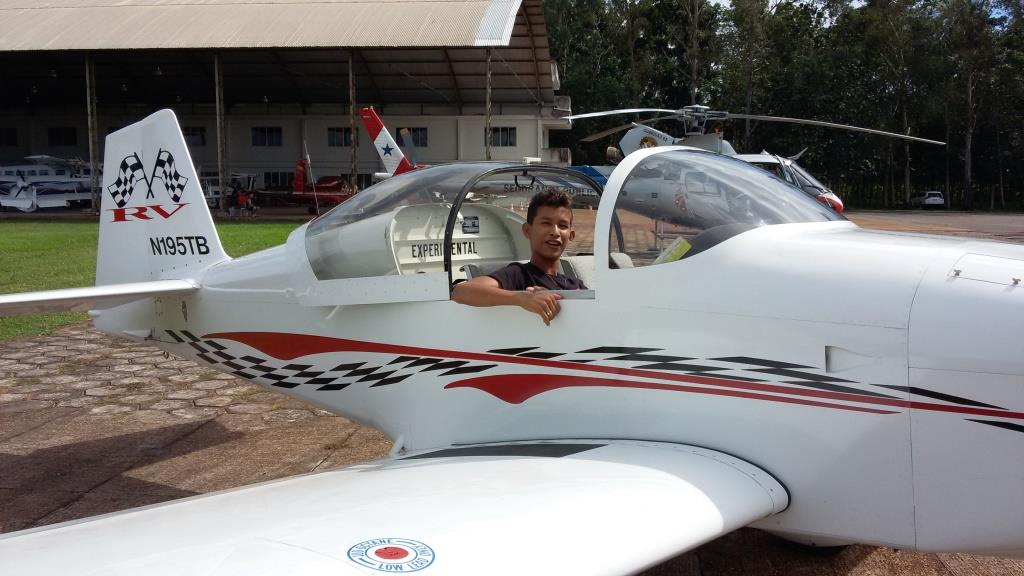 Pastor Nilton (one of the founders of ProjectAmaZon) asked for a couple flights this month.

I took him and Barros (see previous post) and made a couple stops last Thursday. The water is at the high point right now so everything (including chickens) need to find high ground: 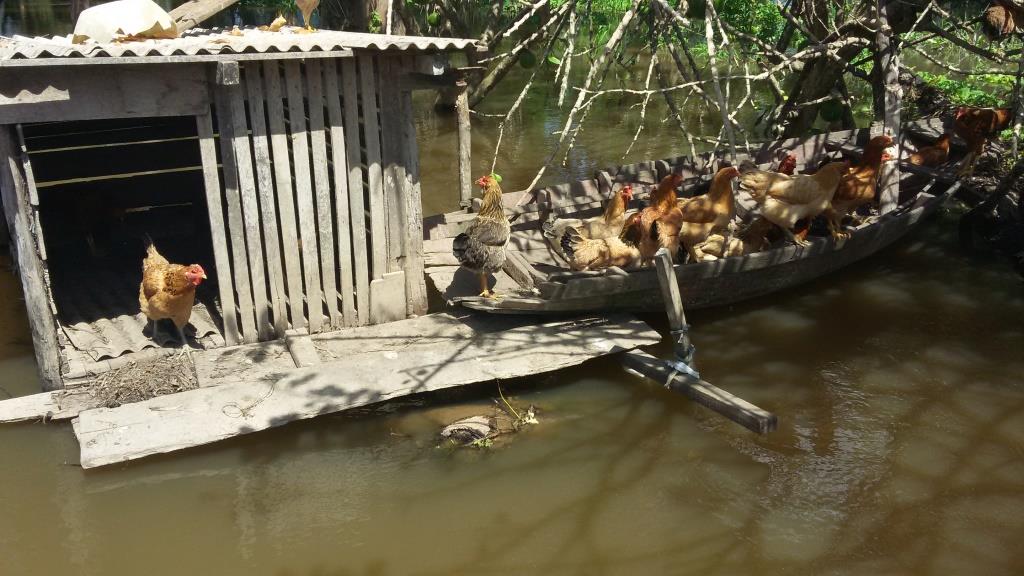 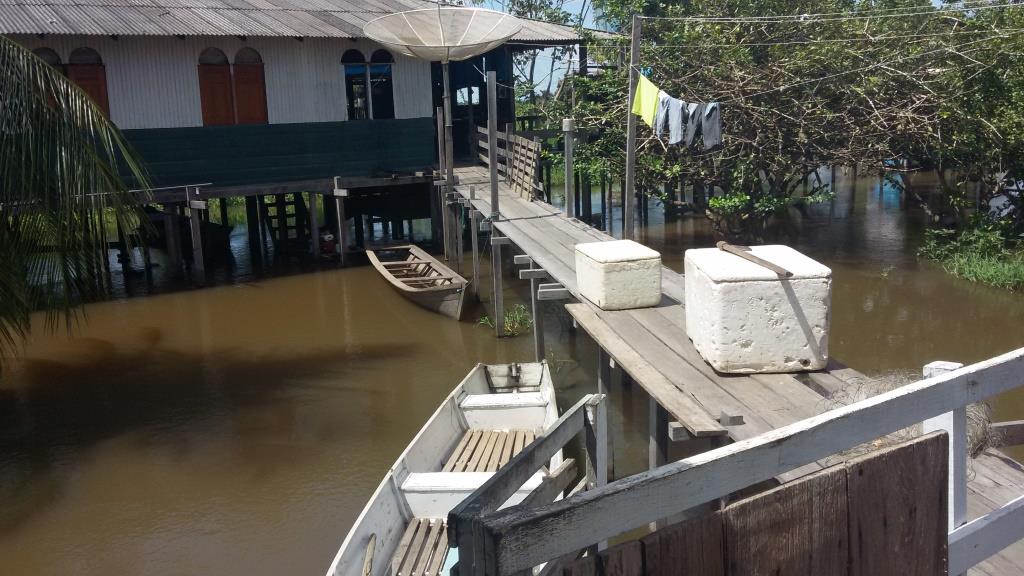 Another flight is this weekend. We were going to take the floatplane, but when talking to the river worker I found out that there is a landing strip less than 10 miles from where Nilton wants to go. I didn’t want to arrive there with Nilton and realize it was unsafe to land….plus we weren’t sure EXACTLY where the strip was. This afternoon I took the river worker (Arnaldo) and we went hunting. We found it without too much trouble. I did a low fly over and then landed. It’s not like landing in Bloomington, IL (where I did my flight training) with a 1 mile long asphalt runway, but it works!

Arnaldo is on the left: 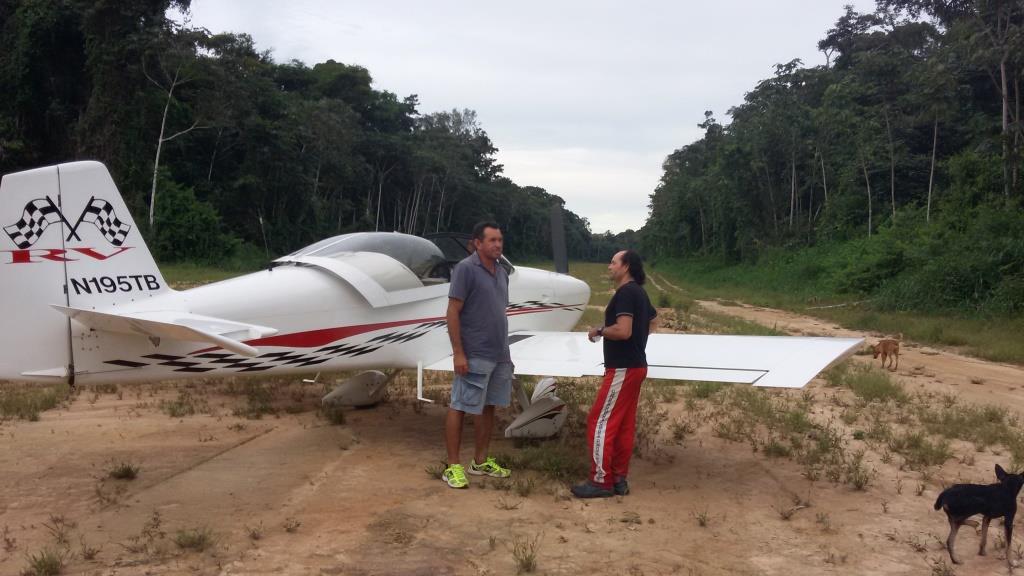 The month of June is a festival month here in Brazil. There are lots of parties, many of which focus on drinking, sex, etc. Igreja da Paz has placed an emphasis on still having a good time (saving the culture) while putting the focus back on our Lord and Savior Jesus Christ. Pastor Nilton is a speaker at one of these this weekend so I am planning to take him out Saturday and come back Monday morning. Again, this would probably be a weeklong trip for him without the airplane.

Thanks and God bless all of you who make this possible—by your prayer cover and your financial assistance. To HIM be the Glory.