Since we arrived in Santarém nearly a year ago (!), Matt has been working on an experimental airplane (homebuilt) trying to get it running again.  The Murphy Rebel is owned by another mission organization, Amazon Salt & Light, and although we are PAZ missionaries, Matt has been using his mechanic skills to help out while waiting on the paperwork he needs to transfer his pilot licenses. (There are several ties between PAZ and Amazon Salt & Light, if you are interested in the detail shoot me an email and I will elaborate 🙂  If you’re like my husband–you stopped reading when the parentheses started….)  Although the Rebel has flown in Brazil before when previously owned by yet another mission organization, it has not flown at all for nearly 10 years.  The past few years a number of people have worked hard to try to get its former engine running. 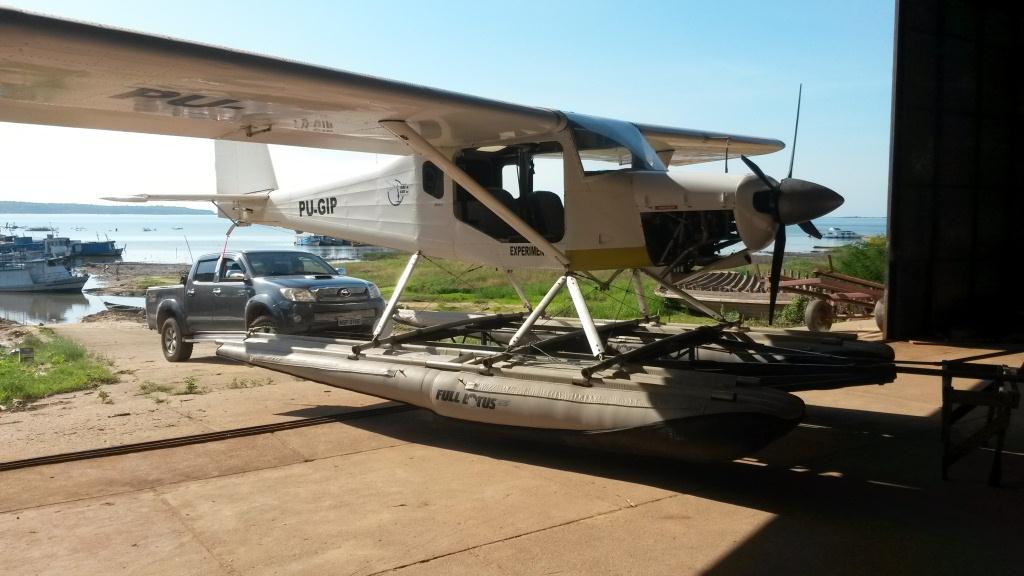 But after the decision was made to put a new engine on, and a number of other repairs/upates made over the past 10 months of a lot of hard work, and a great deal of sweat (seriously, I washed his clothes–clothes after hog chores had nothin’ on this) , the plane was ready for her trial run.  Matt posted here about the first engine start, but a week and a half ago, after a lot of this: 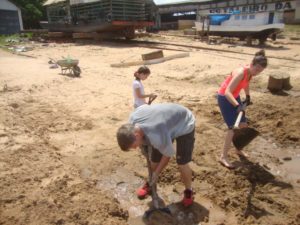 (and Matt wasn’t discriminatory, haha, he let the whole family help, including his dad & sister who were here visiting, and our friend Carlos…) 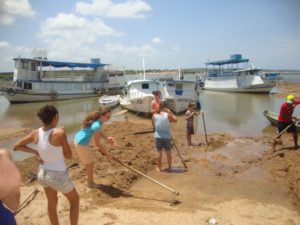 and some of this: 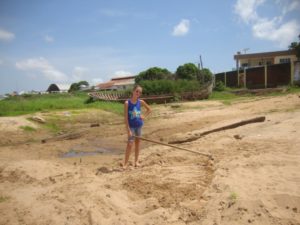 Ok really, just scoop a little more sand and mud off the runway…like only another 10 feet. Of wet sand. 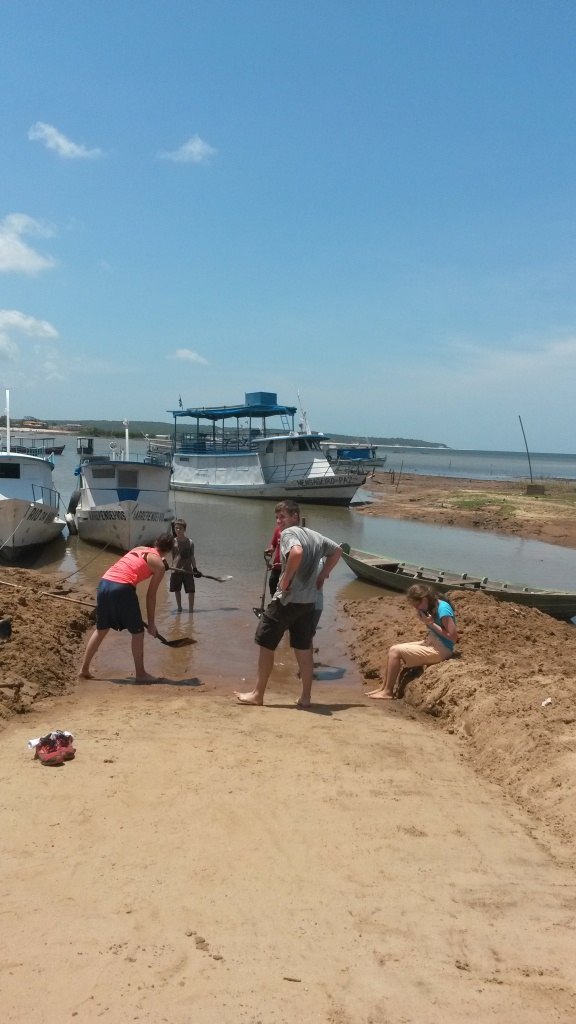 It was backed down the ramp on the trailer, 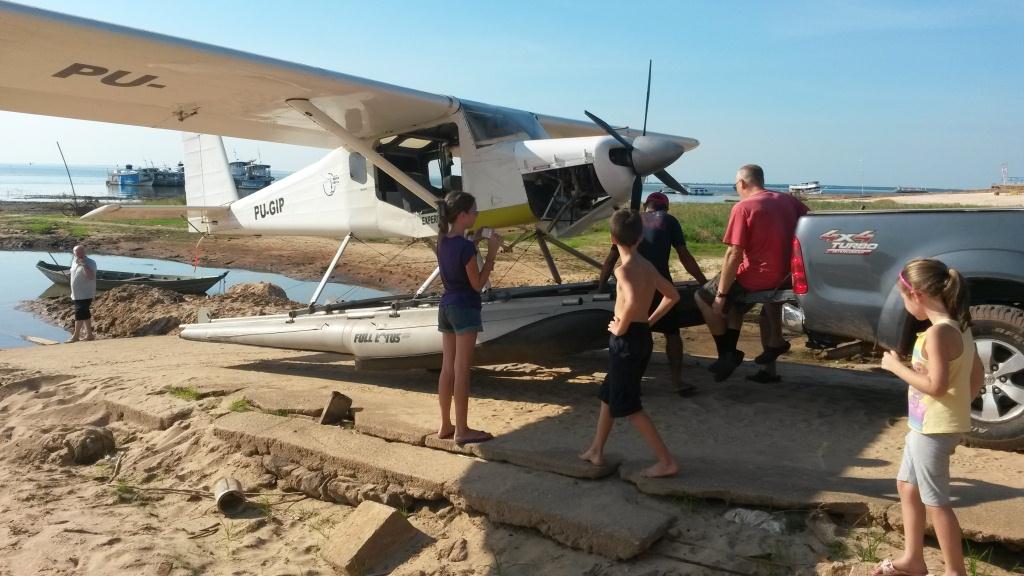 and THIS HAPPENED–she was on the water again !!!! 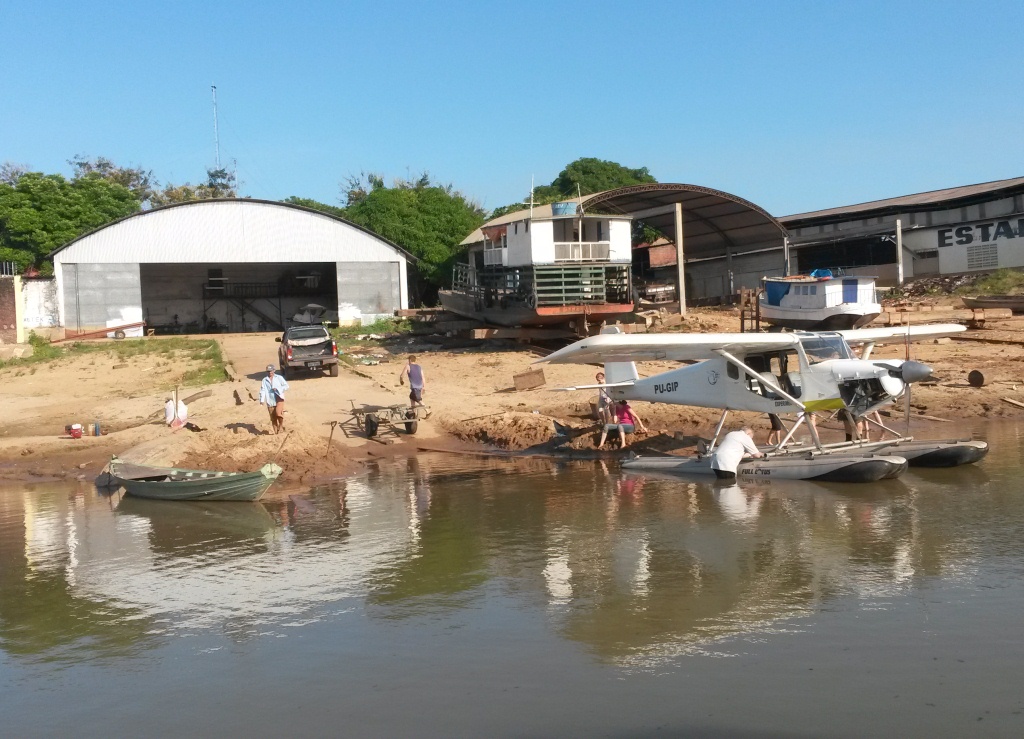 (In the picture above, the domed building on the left is the hangar, and the truck is sitting on the concrete ramp.  For perspective, from March to June the water was so high it was a foot and a half deep in the hangar.)

After the inital run-up, a few more small issues remained to be addressed, and this past weekend, the plane was back on the water: 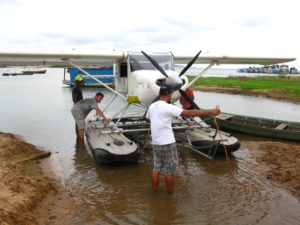 And after paddling the plane through the obstacle course of boats parked near the water’s edge, 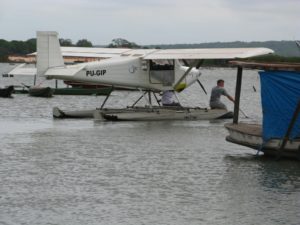 (see below for links to first takeoff & landing) 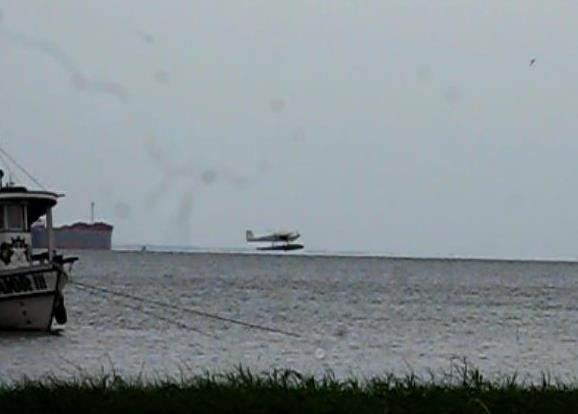 Matt, Lucas, and Vanderson (other pilots with AS&L) have spent a ton of time working on this airplane–not for themselves or to earn money, but to put it back into service as a tool to spread the Gospel, and to strengthen existing churches through supervision/discipleship, so that those people are prepared to go and reach others who need to hear the Good News. 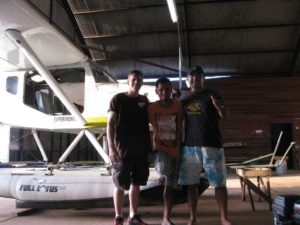