August was a big month for the flight program in Santarém. We made 20 flights flying 32 hours. That may not seem like a lot, but when each hour of flight equals 5-10 hours by boat, we did a bunch of traveling!

For those of you that read our newsletter (paper), you know that we went south for a wedding. The day we left São Paulo I got a call that a faithful worker had died out in a community. It was unexpected so the mission’s pastor wanted to go out and have the message for the funeral. He asked if I could take him the next morning. We were scheduled to arrive at 2am, he wanted to leave at 7. If you’ve been keeping up with us you know why we are here “to use aviation to advance the Kingdom along the Amazon River and beyond“. If the mission’s pastor felt it was necessary to attend the funeral, I was all for it– I said, “sure”. (I did get one of those “looks” from Janelle after she heard what I had committed to, but it was OK– she understands). 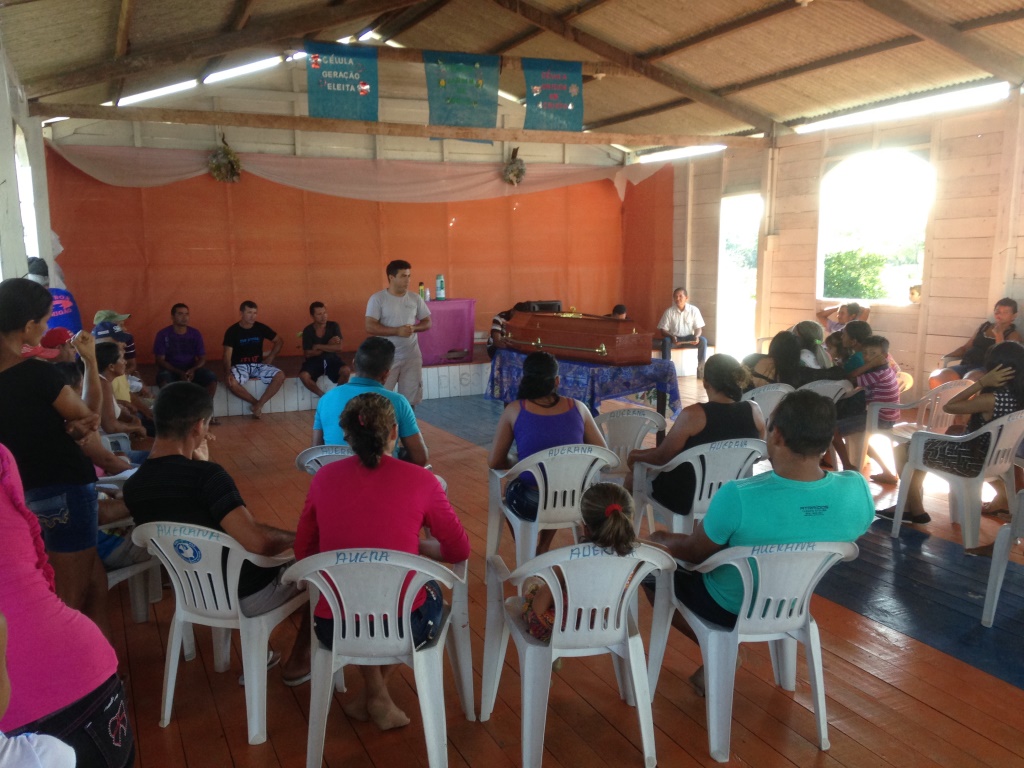 There is a commercial Brazilian pilot, from São Paulo, who has started various social programs (dentist and agricultural) along the Arapuins River. The next week we made a few flights flying material and personnel for a well project he started in partnership with Cargill. Our plane is an ultra-light, so with 2 pumps and the solar panels and wiring for 2 wells, we were fully loaded: 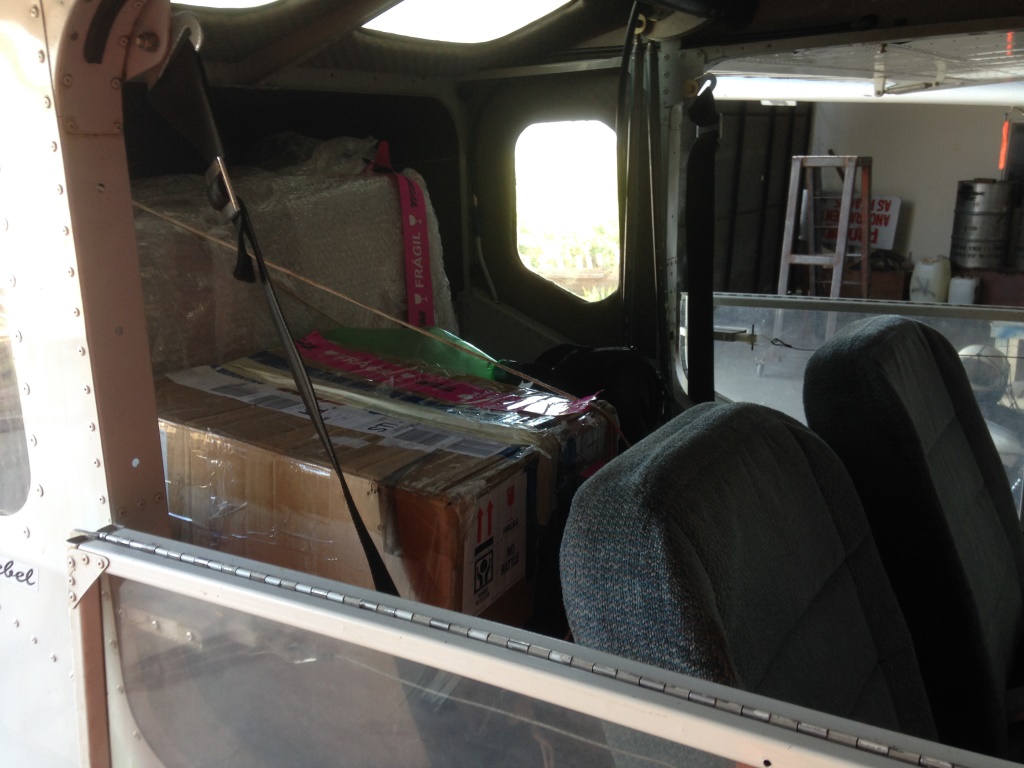 Drilling the well in the jungle is a little different than what I’ve seen before (click for video). One of the agriculture projects is pepper plants. These are not green, red or yellow peppers, but actually the plant where you get pepper for the shaker. Many of the river church workers are using these projects to provide income so they can travel more taking the gospel to the next communities. If you are interested in partnering in these projects, let us know! 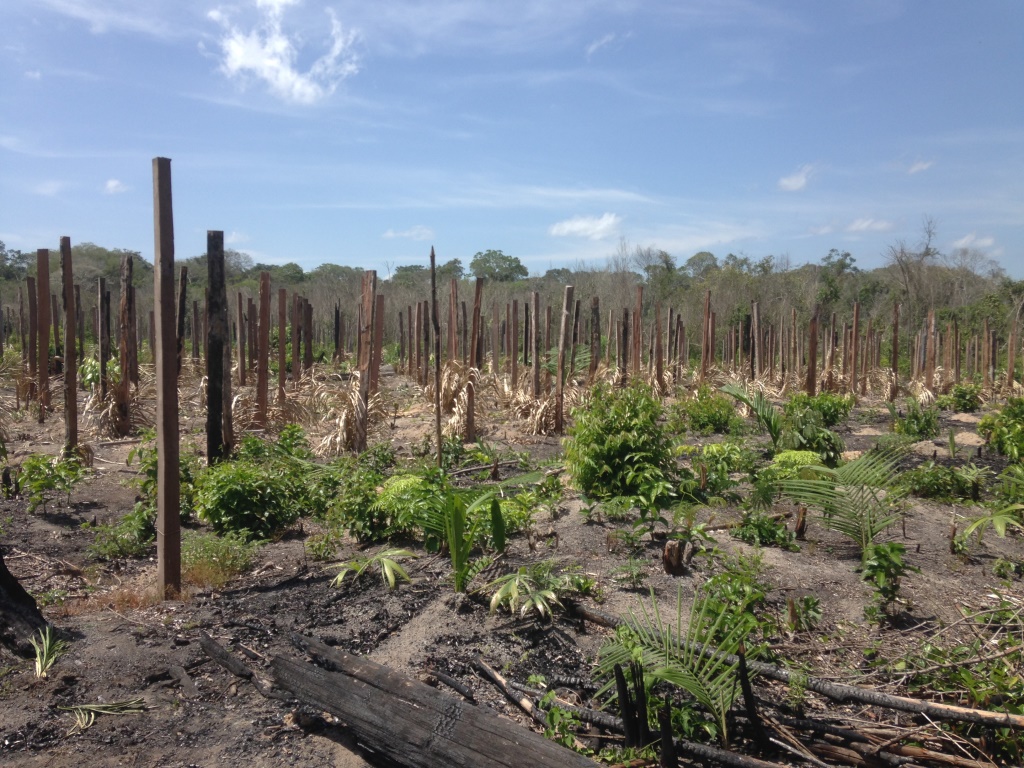 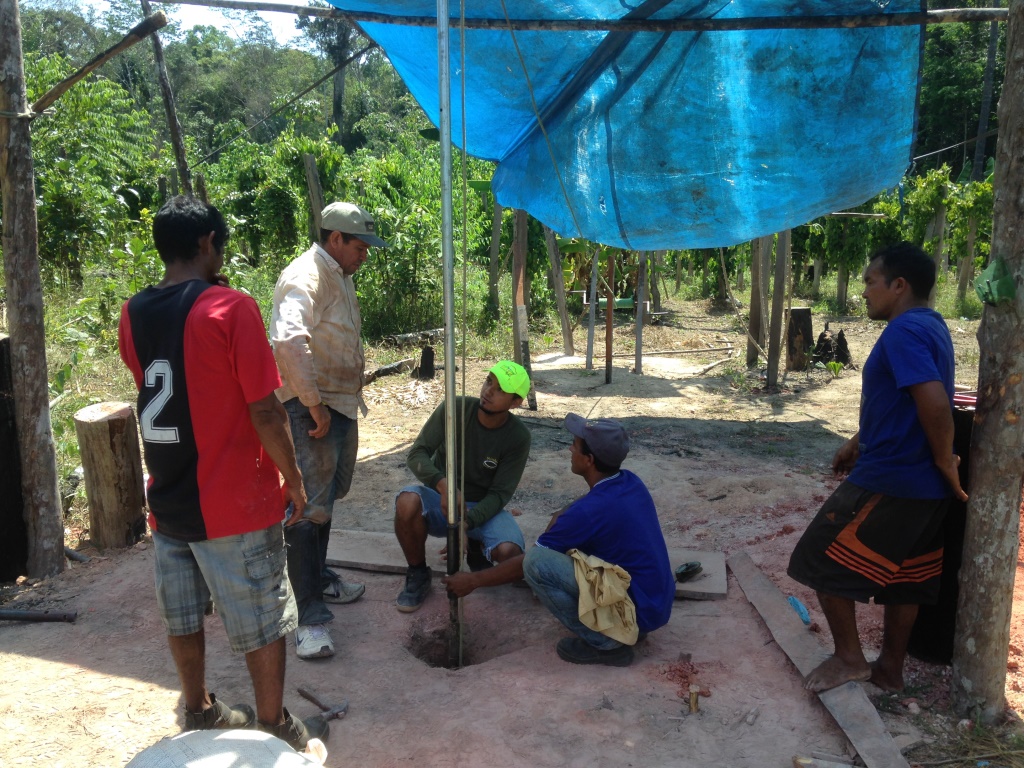 The next weekend he had a team of dentists and doctors come to do a clinic in three communities about 15 hours by boat from Santarém. One of them was an eye doctor who instead of spending 15 hours on the boat, wanted to attend people in the city during that time. So the boat left, he attended people, then on Sunday morning I flew him out to connect back up with the team. Here is why it takes 15 hours by boat and only 45 minutes by plane. You can see how the river winds back on itself–many times! 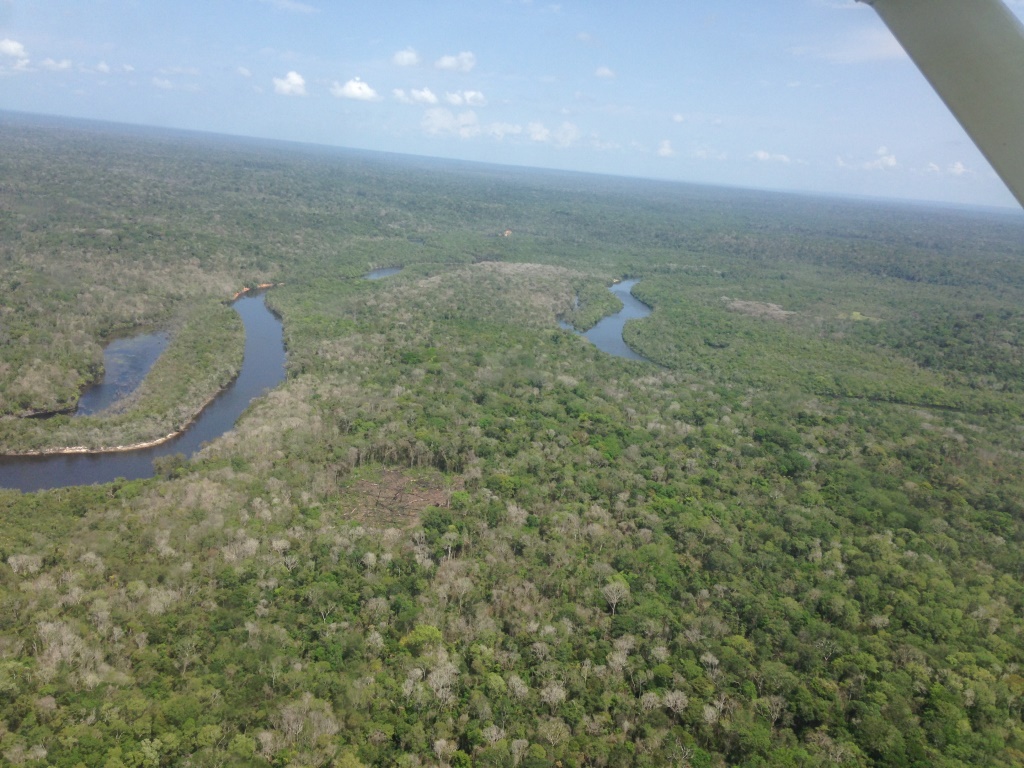 After that flight, during a pre-flight inspection, I noticed that we had some cracking near the tail of the plane. After digging deeper I found some more issues. 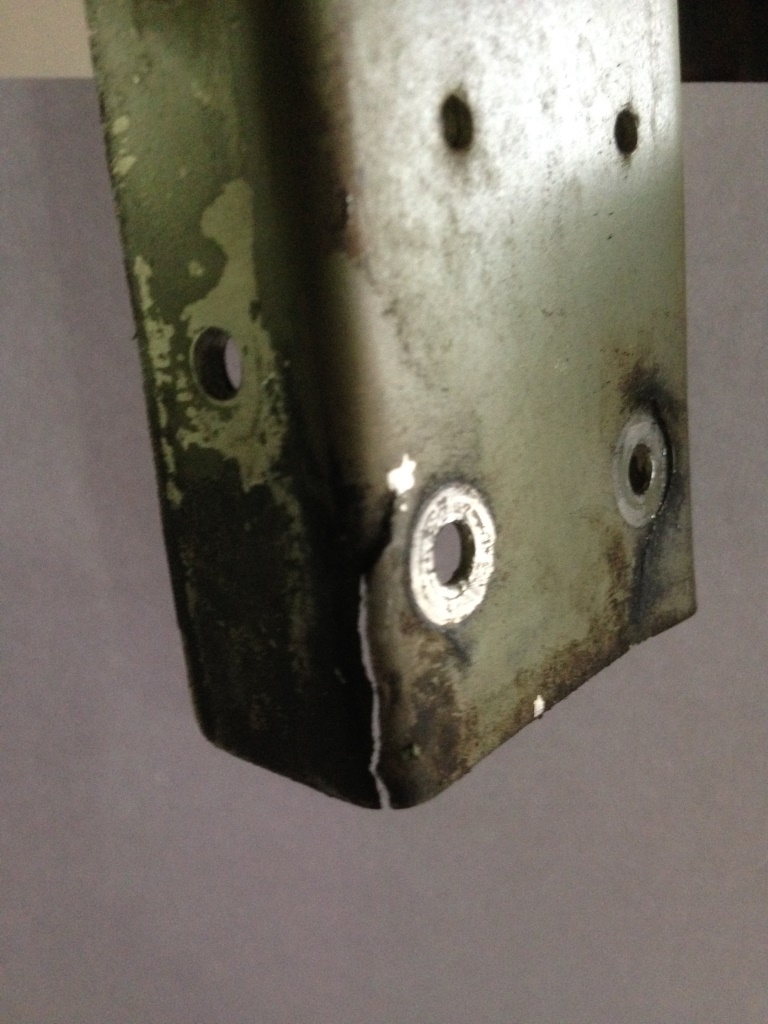 A quick fix turned into a three day project! I had to remove one tail section, the rudder, elevator and horizontal stabilizer. 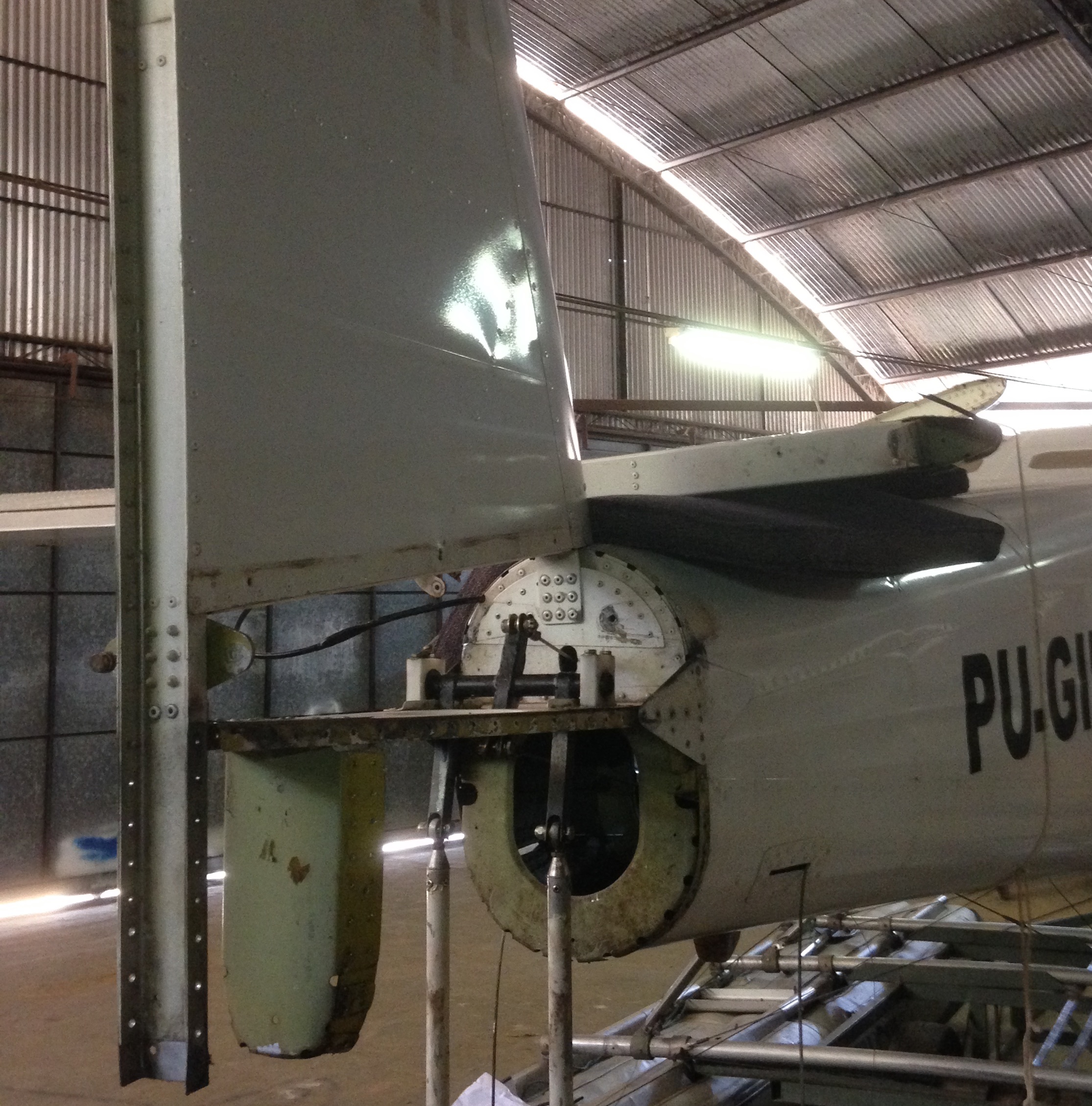 Janelle looked at what I was doing and then said, AGAIN, “aren’t you glad you spent that year in Michigan getting your mechanic’s license. And I said, AGAIN, “yes, dear. You were right, it was a definitely a good decision”.

Made a couple flights in the 2-seater land plane and also started using the 4-place Bearhawk. Prainha, picking up a pastor to take him to another community to do supervision. 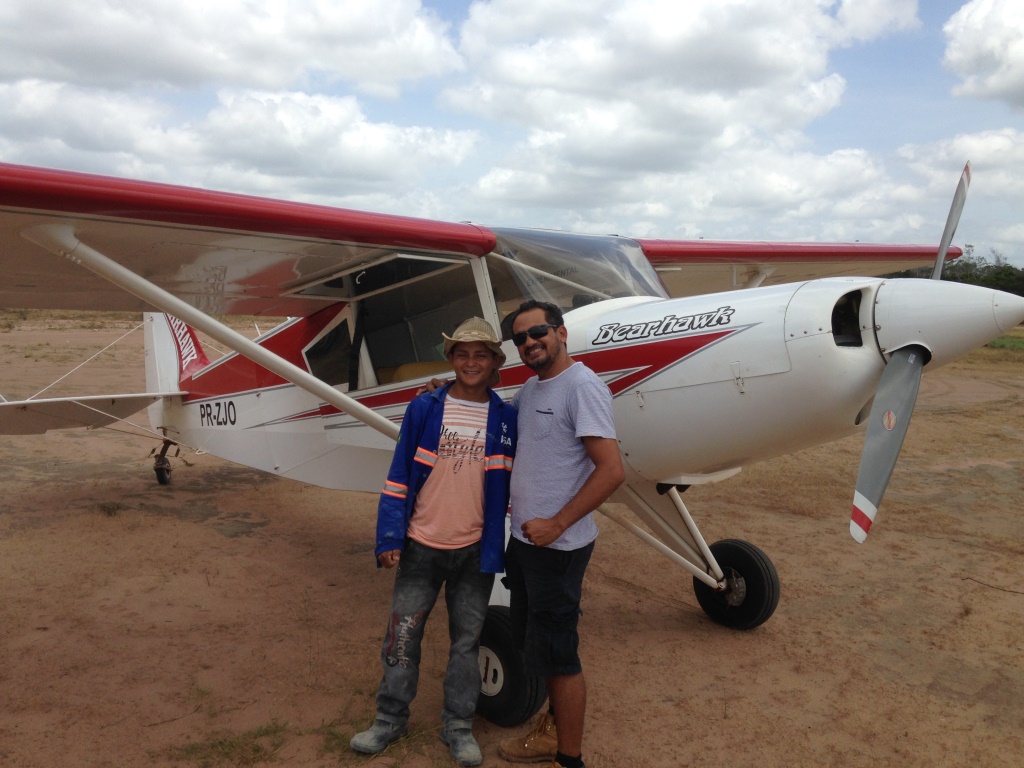 I had already landed in Prainha various times so I knew the landing strip was ok. However, we were taking the pastor from Prainha to Santa Maria where I had not landed yet. I had flown over it the week before and checked it from the air, but not touched down. I asked some other pilots in the area about it and this was their response: “yes, its a really good strip in great shape. Tranquilo, Mateus”.  You can decide (click here for landing).

When we took the pastor back to Prainha, we were met by a brother from the church whose sister had fallen that day and broken her collarbone (they thought). There isn’t a doctor in this city of 15,000 people so he asked if we could take her back with us to Santarém. We said, “sure” cuz we were heading back with only 2 of us. However, she was hesitant about coming with us (later I found out she was more scared of the city of Santarém than flying in the plane). Joaquim, the Brazilian with me, explained it to her. “Today is Tuesday, tomorrow is a holiday. If you get on the boat tomorrow night, you’ll get to Santarém on Friday afternoon. By the time you get in at the hospital it will be Saturday and there won’t be anybody there to look at. So, Monday morning you might get some help, whether it’s just pain medicine or something more complex than that if it’s needed.” She got in the plane with us!

As you can see from the maintenance pictures and the landing videos, sometimes things get a little complicated. We appreciate your prayers as we continue serving here in the Amazon.