God has provided some amazing contacts for us. I met a pilot who lives a couple hours from us, but who has been traveling to Santarem over the last few years helping with different communities. He frequently uses the airplanes based there so he offered to pay for a ticket for me to spend a week in Santarem helping with maintanence. What a break from language school! I jumped at the idea if Paul, the other missionary pilot – mechanic here studying language could go with me. So last week we left our families and spent the week working on airplanes. 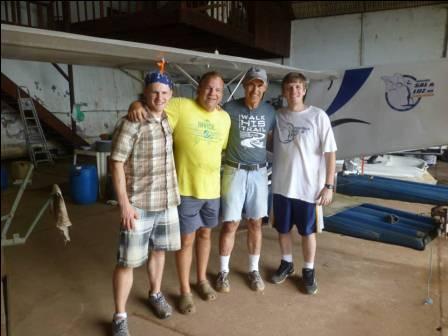 Currently there are 3 airplanes in Santarem that are available to the mission. Asas de Socorro (MAF- Brazil) has a Cessna 206 and Amazon Salt and Light (ASL) has 2 experimental aircraft based there. Until I get my permanent visa, I will be working with the experimental aircraft. Paul and I had 2 objectives for the week. The first was to help on the larger Murphy Rebel. This aircraft has not flown for 5+years. It was donated to ASL from another mission who’s pilot had moved back to Canada. Our goal was to get the engine running, inspect it and determine if it was in good enough shape for the airplane. The second objective was to do a thorough inspection on the Zenair. Although the Zenair has been flying frequently, there is not a dedicated mechanic for this airplane and so before I started flying it, I wanted to thoroughly inspect it to determine it’s airworthiness.

Below. Murhpy Rebel when we arrived (no engine) 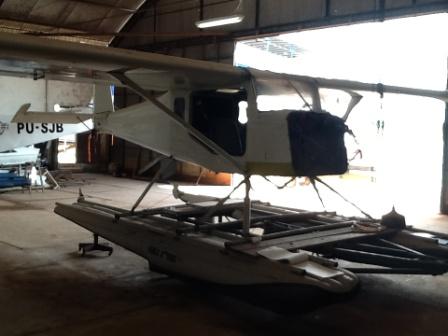 Day 1. There was also another mechanic in Santarem for the week. Todd lives in a river community close to Manaus (1-2 days by boat from Santarem). In his past life, Todd was a hot rod racer and mechanic from Mississippi. So he was in charge of the engine inspection, installation and starting. When we arrived, the engine was laying on a table in the corner of the hangar. 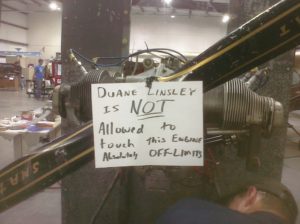 We spent the first day tearing into the engine. Two cylinders had no compression so we began to replace the valves, etc. Addionally, the timing and injection system had to be adjusted to make sure it was installed according to the manual. The afternoon of the 2nd day, we determined that there was too many things wrong with the engine to fly with it. However, we wanted to continue forward to see if we could get it running for use elsewhere (boat, etc). 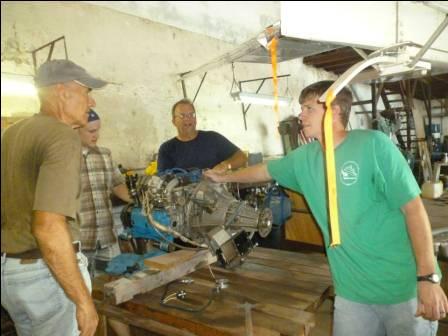 Day 3. Paul and I began a thorough inspection of the Zenair. Thanks be to God for providing a great mechanic in Paul. Although I have my Airframe and Powerplant mechanic license, Paul has the license AND experience. I learned a ton from him. We made a list of things that needed to be fixed, inspected or changed. Paul also removed the carburetors, cleaned, inspected and re-installed them. This was something the Brazilian pilot, Lucas, had requested. 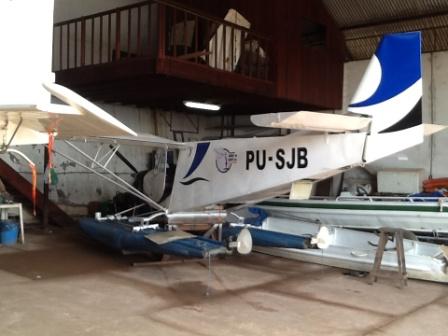 Day 4. With Lucas’s help, I translated our list into Portugues and I went over each item to make sure he understood what we had found and got his opinion on the best way to fix any issues. After this plane had been damaged years ago, Lucas and his wife put it back together. After they finished, he went on to get his pilot’s license and has been flying pastors around since then. However, since he is not a ‘supported’ missionary, he has a full time job and therefore can only fly on the weekends. What a difference it will make when we arrive and I can be at the hangar everyday helping Lucas keep the planes flying for Him.

Day 5. Todd had gotten the Rebel engine back together so we installed it on the Rebel and begun preparing to start it. We spent alot of time with the systems (fuel, ignition, etc) trying to figure out where all the pieces went and why it wouldn’t start. I gained a lot of respect for Todd for his patience during this time. Although we worked on the engine for 5 days, we never did get it to fire and run.

Rebel with engine and prop installed 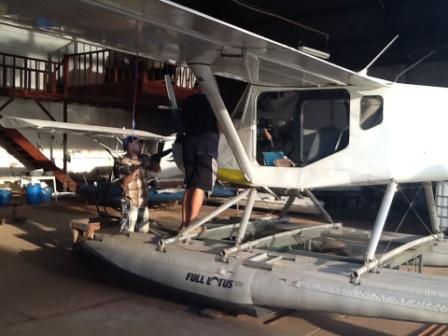 Day6. I began putting pieces back together on the Zenair and spent alot of time with Lucas discussing various things on the airplane (great Portugues practice). Paul and I decided that everything (logbook entries, etc) should be done in Portugues. This will be difficult for me, but long term this will definitely be the best as we get young Brazilian men on fire for the Lord and wanting to use the airplanes to take the gospel to the rest of the Amazon. On Saturday, Paul was also able to experience first-hand the value of airplanes. He traveled (by boat) with the church construction supervisor. They left at 9am and did not return untill after 11pm that night. The first village was 5 hours by speedboat. Lucas said he can make it there in 45 minutes with the airplane. God has given us all the resources, however, we are limited by time. What a difference a plane makes on getting pastors, etc around quickly to the various villages where they can preach, teach and disciple, then hop in the plane and on to the next spot. Our goal is to use aviation and technology to help these Godly-men be more effective and efficient.