A Call For Prayer

Good evening,
I’m writing you with a thankful and humbled heart, recognizing that “we do not wrestle against flesh and blood, but against the rulers, against the authorities, against the cosmic powers over this present darkness, against the spiritual forces of evil in the heavenly places” (Eph 6:12 ESV).

Sunday, September 29th, Matt was transferring the four-place amphibian plane from Santarem to Humaita.  At 11:30 AM, after about four hours of flight, he was preparing to land to refuel for his remaining two hour leg.  On his final approach to the small airstrip the recently-rebuilt engine quit.  Unable to restart it and unable to make the runway, he banked toward a small nearby lake. He wasn’t able to maneuver down to the lake and made a hard landing on the bank beyond it.  We’re praising God that he walked away without a scratch and that all but the plane floats appear to have suffered minimal damage (The floats were destroyed).

We’re not always aware of and praying for Matt’s specific flights but Sunday morning Janelle sent a text to the board and team members requesting prayer.  While I’m sure that all of us prayed, I was moved to hear that Frank (our Brazilian missionary supervisor) and the team he had with him in a river community went to battle that morning, fervently praying for Matt’s protection.  Only later did they realize why and only later did Matt realize how many near misses God steered him through to place him on that bank.  Matt and I believe strongly that it was the prayers of these and other prayer warriors that moved God’s forces to spare him from Satan’s evil intentions.

If you’re like me, Eph 6:12 rolls off your tongue often as you smartly comment on the perils of this world’s system.  Sadly, this isn’t all that Paul intended for his readers to take from this verse.  Instead, he was rallying them for war.  Calling them to suit up for battle.  Just last weekend, 9 souls placed their faith in Christ for salvation in the river community of Monicore.  Satan isn’t taking this loss sitting down.  When our missionary brothers heard that Matt had an accident they immediately asked what I and the board were thinking because they’re concerned that we’re going to back away from the mission due to perceived risks.  Our missionary brothers have given their lives, moving their families, sacrificing their own comforts, and enduring confrontation, hazard and heartbreak all to take the gospel of Jesus Christ to those who haven’t heard and to disciple those who’ve placed their faith in Him.

Please pray for us and with us as we battle on.  Know that as a board, we are humbly seeking God’s direction regarding our use of aviation tools but we are not turning back from the mission that’s before us.  Since January, our team has established 21 cell groups and 100 souls have confessed their faith in Christ for salvation and are being discipled.  While we hope you will continue praying for and supporting ASL, our greater prayer is that this testimony brings you to increased and more fervent prayer for the heavenly battle waging for the souls of men.  We pray you sense the weight of this and cry out to the One “who is able to do far more abundantly than all that we ask or think, according to the power at work within us, to him be glory in the church and in Christ Jesus throughout all generations, forever and ever. Amen” (Eph 3:20-21 ESV).

Love and Blessings,
Andy Kaufmann, on behalf of the Amazon Salt and Light Board 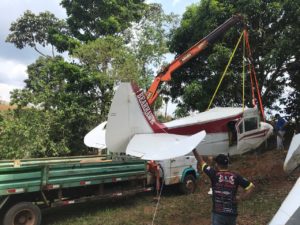 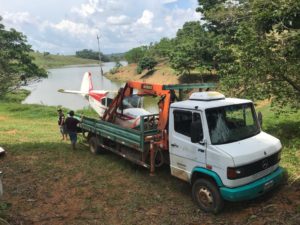 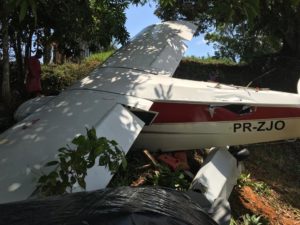 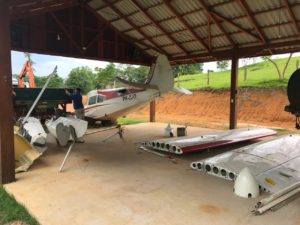